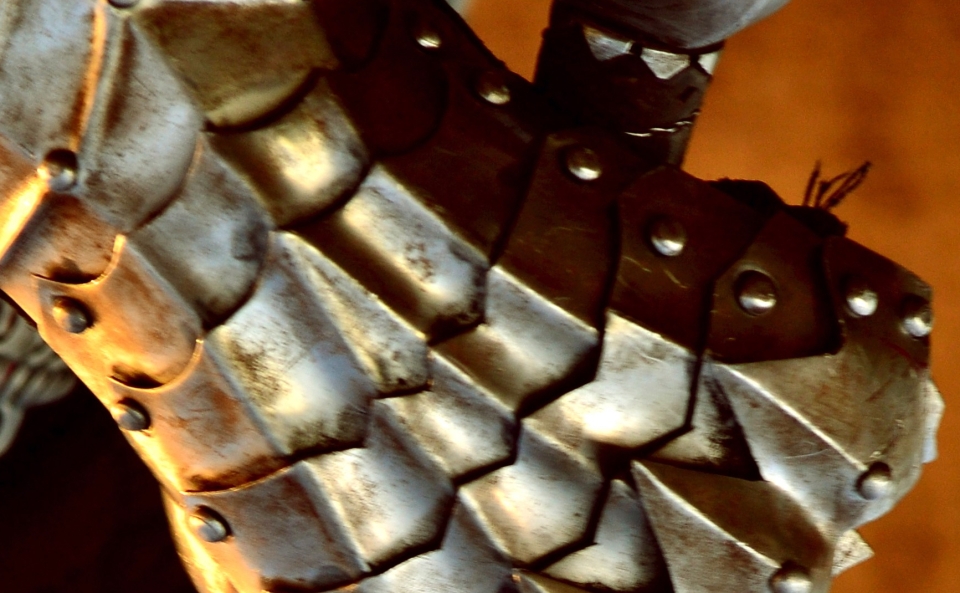 Jacques was obsessed with the thought of overcoming fear. He spent a great deal of time ruminating over make-believe situations wherein he was cornered and had to fight his way out. He imagined himself trapped in a fire and how he would calmly analyse the surrounding and walk out unscathed. He pictured natural disasters, bullies, hijackers and all kinds of adversaries. It was not that he lacked courage, but only that he wanted to test it.

As a student many years ago, he was bullied by seniors and he came to terms with it by telling himself that he was better than them, more intelligent and an original thinker; not just another robot. He had feelings and he cared, unlike them. He knew this was not entirely true. For more often, the understanding of ‘how’ things worked came easier than the ‘why’. Academically too, he fared better in the rational sciences than arts. He was a quick learner and was good at improving upon things even as most around him had already said ‘perfect’. He was diligent in his study, and always took notes. These notes he archived and turned back to, many times over the years. His closet wasn’t stacked with clothes or shoes but with reams and reams of these, now-faded, bits of paper. When he got his own place, he took these bundles along, much to the delight of his parents.

His girlfriend, who was now his wife, Ellen, was accustomed to his nature of being painfully systematic. She told him that his approach to everything was okay with her as long as he didn’t enforce his way of life on their children. She wanted them to choose their ‘way’. Over the years he developed an interest in designing vehicles that protected men and women from the hazards they faced in various occupations. More often it was the ‘cockpit’ part of the vehicle that he was particularly interested in. Soon, he was designing protective armour for the military. Here again, he was systematic in his approach; he checked the bullet-proof material several times over with varying speeds and masses of projectiles, he selected material that would be flexible and that would not heat up in arid conditions. He tested it over and over again until he felt it was ready to become standard paramilitary gear. It was at this point in his life when his obsession with overcoming fear took him down a strange path.

One Sunday morning as he lay on the sofa watching the National Geographic Channel, his attention was drawn to one particular scene in the documentary. It concerned a park ranger who unwittingly came very close to being mauled by a lion. The ranger remained calm and did not react to the threats of the now hesitant male. Soon, the lion backed away and faded into the plains. That tense encounter triggered a fantasy in the mind of Jacques that would occupy his waking hours for the next two years. The thought was simple. What if a human could stand amongst lions and remain unharmed. Not rangers who knew the ways of the lion, or caretakers that the lions were familiar with, but just about anybody; any man or woman who wanted to stand among a pride of lions and overcome their fear? What if a man could stand his ground as the lions first approached him, tested him, teased him, and then launched into a violent attack and still come out unscathed? Would it give the man a chance to overcome his deepest fear? The very fear our ancestors had learned to live with, every day that they survived on the plains?

It was possible. He would design a special coat of armour that allowed one to watch nonchalantly even as a lion attacked them. He switched off the TV and went straight to his study. He began making notes of ideas that bounced around in his head. Once exhausted, he began viewing videos of animal attacks and poured through pages and pages of eyewitness accounts of lion attacks. He began visiting lion reserves to study their behaviour in the wild. He observed their muscles, their gestures and soon began to pick up on the little signs they gave out, which foreshadowed what they were about to do next. His study room was now overwhelmed with literature and drawings on how lions communicated, hunted their prey and established territories. Upon seeing his study, a visitor would not be wrong to assume that Jacques had a spent a lifetime researching lions and pretty much nothing else. He created 3D models of lions and programmed into the models all the things that he had learnt about lions in the wild. Much like a crash engineer preparing to create the perfect car cockpit, he had lines of algorithms that allowed him to predict the nature and extent of injury that a lion could inflict on a human.

This allowed him to sketch out a concept of what the ideal ‘lion-attack armour’ should look like. He wrote down almost 800 lines of what the armour should do in order to keep the human inside alive and intact. He first considered the most obvious aspects: protection of all organs, the neck, the limbs, locomotion, flexibility and breathing. He then considered possibilities that seemed absurd to even him. For instance if the lions should choose to drag the armoured man around instead of attacking him and at that time get bored and leave him in the path frequented by elephants, would the suit protect him from a rather clumsy mammoth who accidentally stepped on him? Would the armour protect him if four lions held each limb and pulled in exactly opposing directions? Could wily hyenas that chased away the lions, break through the armour?

Of course the man in the armour would not be left to fend for himself. A response team would be on standby throughout the attack. However, he wanted his suit to be impregnable and allow the wearer to feel completely secure. He factored the possibility that the lions might choose to ignore the intruder. This he planned to solve by ensuring that the suit would be sprayed with a liquid that gradually dissipated a protein-like smell. He also wanted the suit to allow for enough visibility so that one could completely ‘experience’ the attack that would come from multiple directions. He intended to place several miniature cameras that captured footage in all directions and with different magnifications.

As he drew up the final sketches of the suit, he began his research on the material that would form the exterior of the suit and fabric that would form the interior. He tested several alloys, composites and natural fibres. He studied their tensile strength, breathability, their resistance to climate and capacity to withstand different forms of duress. As he narrowed down on the specifications of his prototype, he became aware of an underlying sense of dread. Was he overlooking something critical? What if a simple omission allowed a lion to pierce through the armour? This threw him back for a complete month as he systematically went through his entire research, his sketches and then the prototype. He was getting impatient but he persisted. He had considered every possible outcome and methodically tested out an exhaustive range of scenarios.

Three months later, he had developed the first proto-type. It looked like a park ranger’s version of an Ironman suit, but much sleeker. While he was pleased with it, he still noted down several minor improvements that he would have to make in the final suit. These additions took him a month and by now he had spent a fortune on the suit, but that did not worry him at all. He was so very close to realising his dream.

He did not even consider inviting a volunteer. Perhaps no one would agree to be the first to try the suit in any case. It wasn’t this possibility though, that prevented him from searching for a volunteer. It was simply his obsession with overcoming fear. He was confident in his creation and much like any inventor, was impatient to try his suit out. Ellen would have nothing of it. She was adamant and there issued row after row between them. He argued that it would be morally wrong for him to put someone else in the suit. He decided to go ahead without Ellen’s approval and made final preparations. He chose a team of rangers and medical staff and took them through a response plan, should anything go wrong. Everything was set.

Ellen accompanied Jacques to the reserve. She was terribly frightened but showed no outward signs. She had witnessed several of his successful new design launches but, this was quite different. Her husband was pragmatic to a fault and had never failed. But was there something that he could not have possibly foreseen that had nothing to do with the machinery itself? This bothered her and yet she spoke nothing of it, for her doubts had no sound basis other than her own fear and her ignorance of the workings of the suit.

Upon reaching the reserve Jacques was driven in a pick-up truck by the response team right into the territory of a particularly large pride of lions. The response team placed him next to a Baobab tree and backed away a good 500 feet. Some male members of the pride soon got curious and inched their way towards Jacques. The thick smell of protein was now picked up by the lions and they were brash in their approach. One lion darted past Jacques and knocked him down. Soon after, two more lions joined in. As the lions crowded around Jacques, the response team – now on high-alert – heard Jacques mumbling something that sounded like ‘rifle’. The crew had got neither signs that the suit had been breached nor the agreed signal from Jacques. But his repeated mumbling of what another crew member now declared as ‘viper’ started making them nervous. They started moving in just as one of the lions retreated. Apparently, just the smell of protein, wasn’t doing enough for him. The crew noticed on their monitors that Jacques was not only breathing regularly, but his heart beat had now eased from the 170 beats that it had reached at the beginning to 130. Just then Jacques pressed the buzzer and the crew went in.

Ellen let out a sigh of relief as Jacques was brought in. She knew her husband had again succeeded in creating a design that was flawless. The armour displayed a few scratches and nothing more. So she was quite surprised to see Jacques sporting a rather distorted look on his face when they got the mask off. She and the crew looked at him expectantly and after a few seconds that seemed like ages, he responded with ‘we need to fit the suit with diapers’.

2 thoughts on “The Blind Spot”